In 2011, the world felt inspired by the power of the Tunisian people that toppled its decades-long authoritarian regime and sparked a wave of citizen action throughout the region and the world. The international community then noticed the presence of women at the forefront of these movements, challenging the widespread preconception of a region devoid of women’s activism.

The reality was, indeed, much more complex. Women in Tunisia and the region had been fighting for social change, equality, and democracy for more than a century. This decade, however, sees the emergence of a generation of women who use new means to fight for their rights and face their various struggles.

Since the revolution, women have been occupying public spaces to organise and stand up for civic causes. In the words of Mike Douglass, however, the mere existence of “a public square, park or other spaces that appear to be civic spaces is not necessarily an indication of opportunities for civil society to engage in political discourse or action.” The dictatorships in the region, such as in Tunisia, Egypt, or Libya, have shown that civic spaces are colonised by the State or combinations of State-private enterprise control. For the civic space to be effective, it also has to be democratic.

The civic space in Tunisia has overwhelmingly been men’s domain, often reducing women to objects of struggle in the face of growing emphasis on Islamic values and customs, such as veiling, on the pretext of safeguarding Tunisia’s culture and morals after decades of colonial rule. Nevertheless, Tunisian women have continued to challenge discriminatory practices, advocate their rights, and transition from “objects of struggle to speaking subjects.” Since the early 20th century, Tunisian women have played a key role in organising civil resistance. In the 1930s, they joined the independence movement, holding protests and signing petitions. In the 1950s, women were fully active in the struggle for liberation, demanding rights and providing logistics and support.

However, the turning point for Tunisian women came about on 13 August 1956, which marked the promulgation of the Code of Personal Status (CPS) that included progressive laws aiming at the institutionalisation of gender equality, most notably through the abolition of polygamy and legalisation of abortion. It also granted women the rights to have their own passport, bank account, and even a business. Since then, Tunisian women have been portrayed and perceived in the region as independent and emancipated.

This image was exploited by both former presidents to design a democratic façade. Under Habib Bourguiba’s administration (1959–1987) Tunisia was promoted as a secular republic in a region otherwise dominated by Islamic monarchies and military dictatorships. However, even the CPS was in the end a symbol of repressive progressiveness: while it mirrored institutional steps to improve the status of women, the progress was on Bourguiba’s terms only. The emancipation of women was thus credited solely to the allegedly feminist State and Statesman Bourguiba, who oversaw the feminist struggle in order to claim its achievements for himself.

Ironically, the portrait of Tunisia as a country spearheading the promotion of women’s rights is contested by the very figures produced by the State itself. For instance, according to the National Office for Family and Population (ONFP), almost 50 per cent of Tunisian women have experienced some form of violence in their lifetime. And in a study conducted by the Center for Research, Studies, Documentation and Information on Women (CREDIF) between 2011 and 2015, 53.5 per cent of interviewed women reported to have experienced physical or psychological violence in a public space at least once.

Despite these challenges, increasing efforts on the part of women reveal a growing awareness of their role in influencing the political system and conquering civic spaces. There are many means and methods that women’s rights activists and organisations are employing to this end. In the following, I will highlight four of them.

First of all, women are reclaiming public spaces that are a symbol of gender segregation, for instance coffee houses, which are usually frequented by men only. They are also challenging religious and historical constructs of male-only spaces. Most notably, in 2013, a large number of women joined a ceremony reserved to men in the Islamic tradition, namely a gathering on the cemetery to pay their last respects to the assassinated prominent politician Chokri Belaïd.

Moreover, street art has emerged as a powerful form of expression and resistance. Feryel Charfeddine chose graffiti to claim civic space and became the first woman to leave a tag on the walls of Tunis under the authoritarian regime. In 2012, she co-founded the grassroots movement Zwewla (Tunisian dialect for “the poor”), which uses graffiti art, murals, and music to reflect on the reality of the working class (zwewla) and help them defend and claim their rights. “We express the reality of zwewla and raise awareness about marginalised classes through our graffiti on the streets and in public spaces where marginalised people live,” Charfeddine explains.

Many obstacles stand in the way of women creating and enjoying art, such as patriarchy, racism, elitism, and lack of education, which is why it is important to create inclusive movements and initiatives. Street art is such an inclusive type of initiative as anyone can engage with it, if only by reacting or adding lines to it. “My first act of tagging on the wall was a response to a lack of public space available for women’s expression in the streets, a problem that was linked to the dictatorship before and nowadays to the predominance of Islamic discourse,” says Feryel.

The involvement of many feminists, as well as political, social, and civil society groups in the period of political transition resulted in one of the most progressive constitutions in the region that legally safeguards many rights of women. “Talk to the people you disagree with” is a mantra that feminists, in particular, referred to as their strategy when engaging in debates with Islamic Conservatives during the constitution-drafting process.

For instance, while Conservative-Islamic politicians were initially against gender equality, they later voted in favour of it. Feminist groups organised advocacy events that gathered civil-society representatives, policy-makers, and parliamentary members to debate equality as fundamental principle of the constitution.

Thanks to local women groups, ensuring the participation of civil society in the constitution-drafting process, the new constitution, approved on 27 January 2014, is considered one of the most advanced of all South and East Mediterranean countries in political transition, especially in terms of civil liberties.

On the same question of equality, another means used by the feminist movement has been direct action, or more precisely: demonstration. On 13 August 2013, the National Day of Women and anniversary of the promulgation of the CPS, when Islamic Conservatives refused to discuss and change the newest draft of the constitution, women’s rights activists decided it was not a day of celebration, but of civic action. They thus took to the streets for a major demonstration to demand women’s guaranteed right to equality.

Posters and chants were calling for the revision of the draft, which even some of the 59 female MPs (42 from the Conservative Islamic party Ennahda) of the total 217 MPs had voted for. It stated that “the State shall preserve women’s rights and achievements under the principle of complementarity with men within the family and as partners of men in the development of the homeland.” It invoked notions of “complementary” gender roles that risked diluting the principle of equality between men and women.

Owing to the direct actions of feminists, who were able to mobilise the masses despite prior incidents of police violence and harassment of protesters, Article 46 of the Constitution now declares, “The State commits to protect women’s established rights and works to strengthen and develop those rights.” It further guarantees “equality of opportunities between women and men to have access to all levels of responsibility and in all domains” and “the elimination of all forms of violence against women.”

Women’s rights activists and movements continue to march, protest, and disrupt when necessary, at times in the shape of scattered, organically growing events, and other times organised by the Association Tunisienne des Femmes Démocrates (ATFD) or the Association des Femmes Tunisiennes pour la Recherche sur le Développement (AFTURD). They refuse the dilution of our rights and shrinking of our civic space, and push the Government to turn its attention to the pressing issues, such as the economy, one of the key reasons that had sparked the revolution.

The promotion of solidarity and building of alliances define the most important contours of the Tunisian feminist movement. In fact, the Tunisian lesson is that feminist movements in predominantly Muslim countries are most effective in reclaiming civic space when banding together with other movements, such as those concerned with workers’ rights and trade unions, marginalised groups, or climate change. This way, women’s issues become interwoven with all aspects of society.

The defeat of the Conservative-Islamic Ennahda Movement in the general elections of 2014, for example, came largely as a result of the public debate about women’s rights engaging large sections of the population. More than one million women decided to reclaim civic space and voted against Ennahda because of their belief in women’s rights. The gender advocacy battle is, therefore, strongly linked to the causes of social, political, and human rights in general.

Tunisian women have achieved notable legislative and political accomplishments. Organised women’s groups in Tunisia were at the heart of drafting the constitution and reforming the electoral law to foster vertical and horizontal equality. Regardless of how Tunisian women chose to face the challenges of political transition, our movement was successful in reversing the decrease of civic space and challenging Conservative-Islamic opposition to progressive legislation. During elections and crises, the resilience of feminist organisations and activists 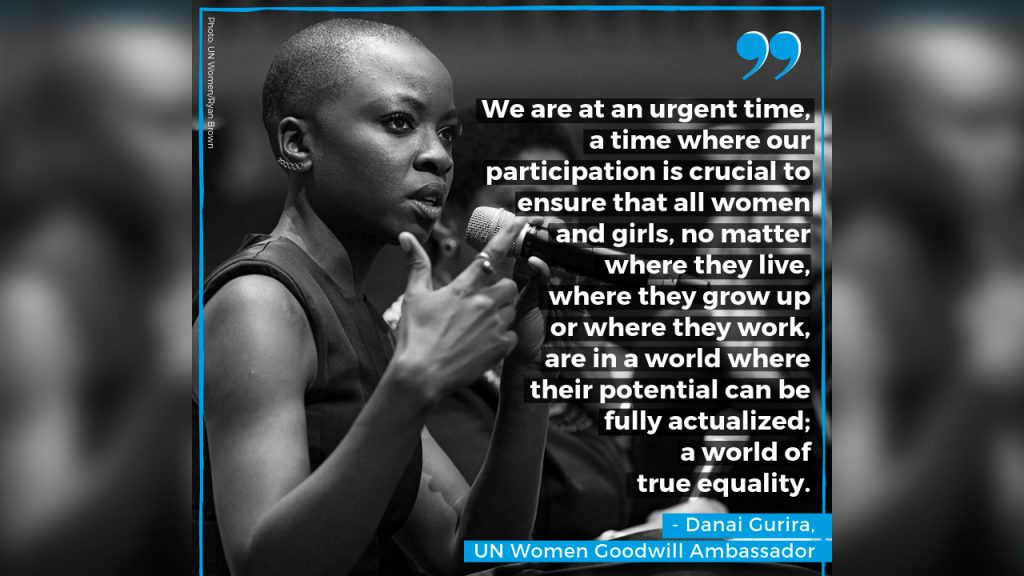 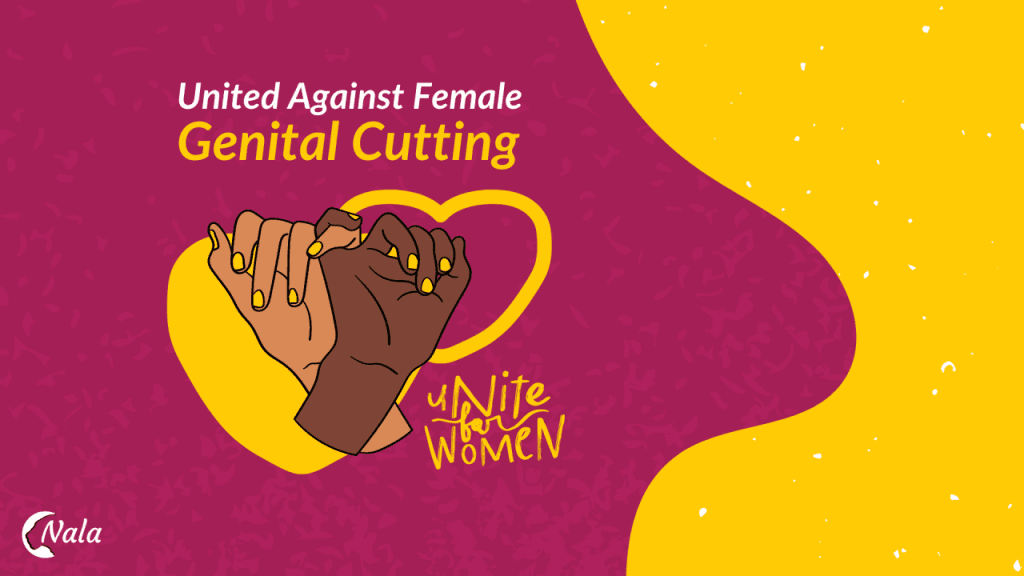